I recently had to change the expansion tank on our boiler. I decided to add a shut off with drain as well as a pressure gauge to make it easier going forward.

I've come across a problem. The pressure gauge I installed shows 12 psi when cold and 15 psi when hot. I was under the impression it was meant to stay at 12 even when hot? Which is even more weird is the pressure gauge on the actual boiler is showing higher psi.. around 18 cold and 22 when hot?

The only thing I thought might cause this was an air bubble, but I have bled the system.

Another problem I had was I attempted to run the boiler as a closed system to insure it wouldn't keep increasing pressure (just for a day as I was out of town) and it lost all pressure. In my mind the only thing that would cause this would be a leak somewhere in the system, could anything else cause this? 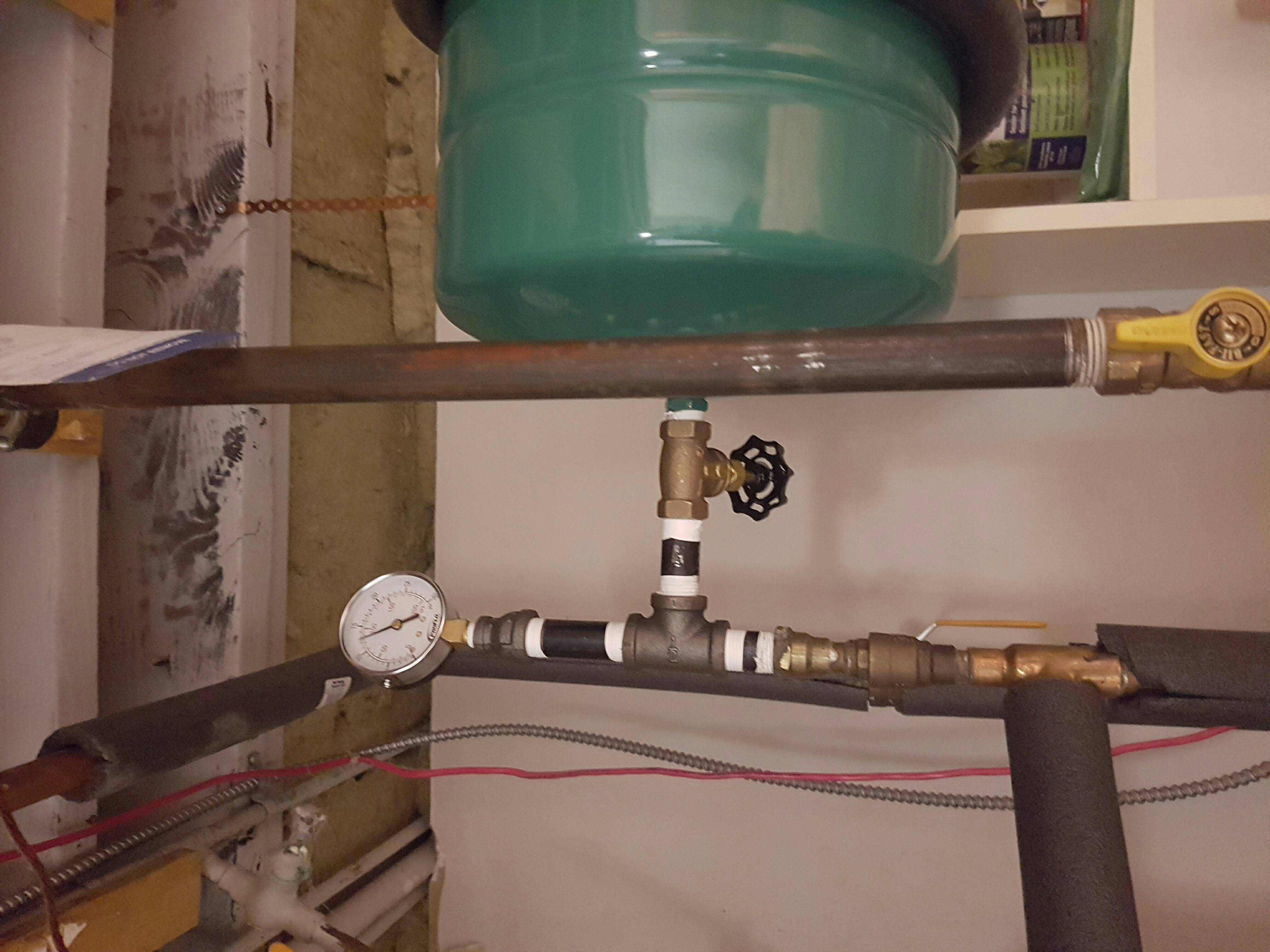 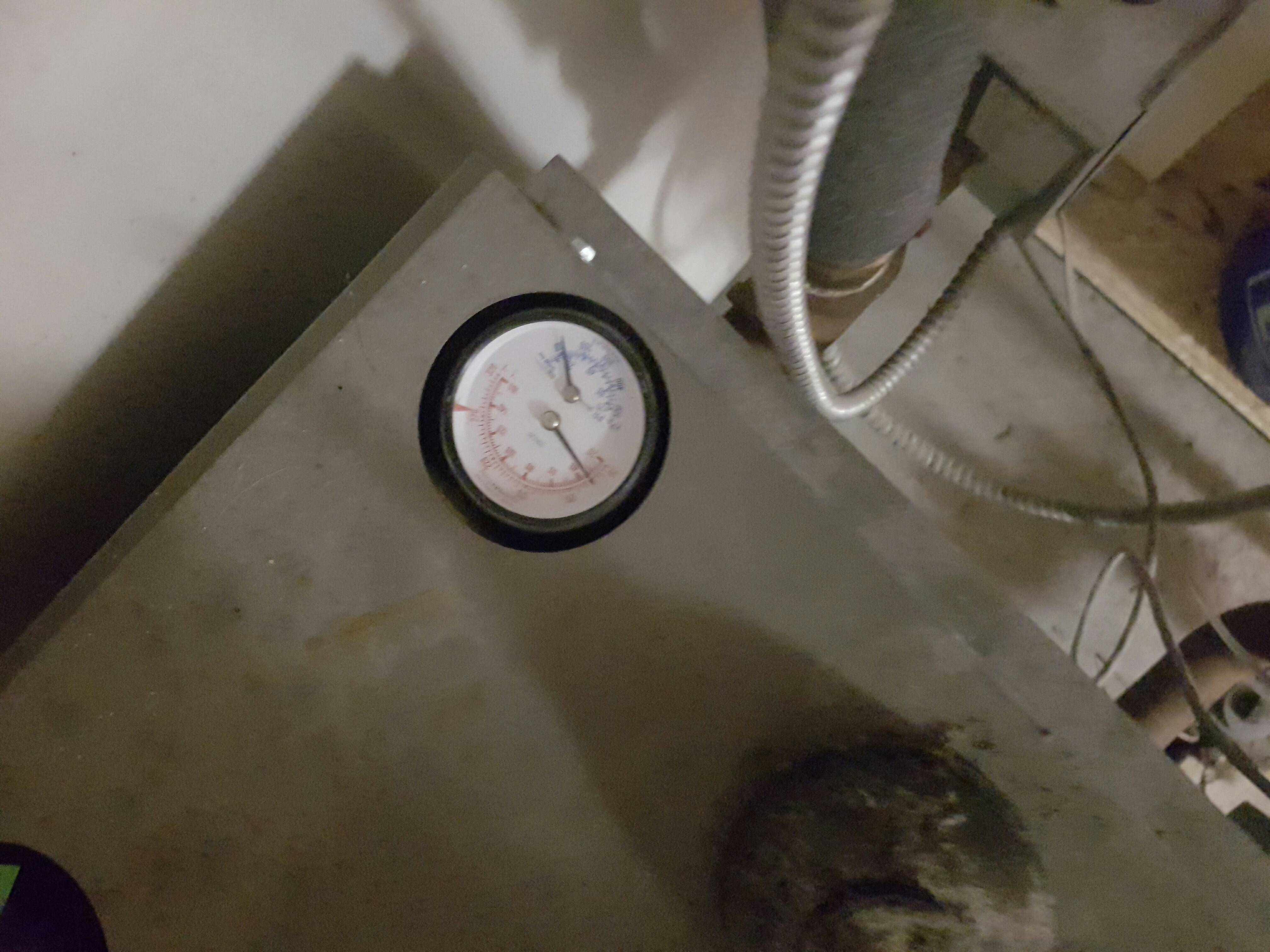 The difference between cold and hot pressures is clear: the expansion tank is doing its work, but it only has a finite size, and so as it takes in the expanded water it raises the overall pressure. The tank has a diaphragm across its middle separating the air in the top from the water in the bottom. As the water expands, it pushes the diaphragm up, but that compresses the air and so increases the system pressure. The larger the tank the less the pressure will increase for a given amount of water displacement, but as this isn't a high-precision situation it doesn't really matter if the pressure changes somewhat, so nobody buys a 50 gallon expansion tank.

On the two pressure meters displaying different values, my guess is that they aren't very accurate, and so one is reading high and the other is reading low. Interesting note: your expansion tank meter displays a 25% increase in pressure from cold to hot, which is darn close to the 22% increase in pressure shown by the boiler meter. This implies that they're off by a scale factor, but they'll both read zero PSI when there's no pressure.

Not the answer you're looking for? Browse other questions tagged heating water-heater water-pressure boiler hot-water or ask your own question.

4
Why do my downstairs radiators run colder than upstairs?
1
Electric water boiler .. how is the system supposed to work? (UK)
1
Low dynamic hot water pressure throughout the house
3
Pressure problems with oil boiler
4
Summertime hot water in the cold lines
0
boiler cuts off at different temperatures for domestic hot water and radiant heating
1
Central heating system / boiler does not shut off
0
Auto air vent above boiler hydronic expansion tank dripping/leaking