After cable replacement, Craftsman garage door won't “close”, moves a few inches down, then back to further than it started

I have a Craftsman automatic garage door that came with the house. A few days ago, my wife informed me that the garage door was "making funny noises". Since we'd just gotten home late at night, and she mentioned it after we'd headed off to bed, I figured I'd check it out in the morning. Well, the next morning, she got into the car, hit the button, and the cable snapped. It had worked its way off of the pulley and had frayed and finally snapped (this had probably been going on for some time, explaining the noise). I disengaged the safety latch to raise and lower the door manually until I could get a replacement cable. 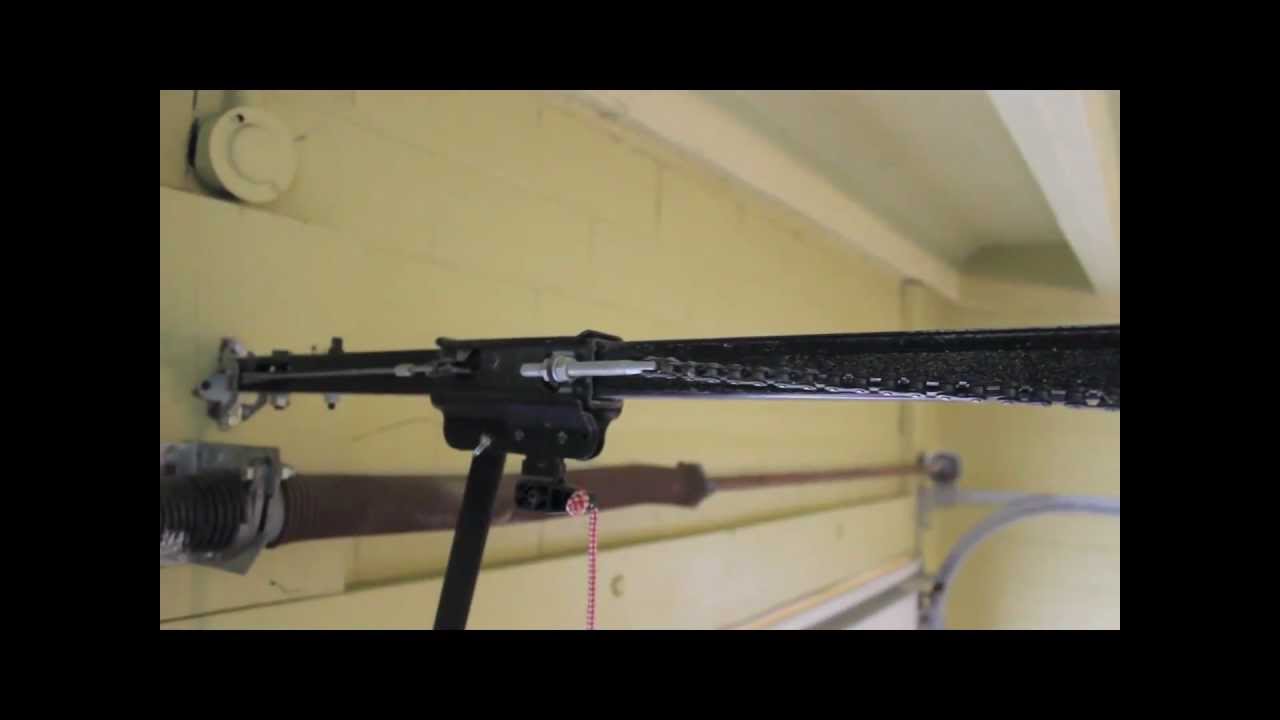 Well, I got the cable and installed it, but it's still not working. When I push the button, the trolley moves forward about three inches, stops, then moves backwards to the restraining bolt and stops. Right now, the cable is not connected to the door itself, as it's got the trolley too far back to connect. I loosened the chain using the bolts and we tried it again. It again moved the trolley forward a few inches, then just kept pulling it back until it was at the farthest position. The chain from the trolley to the sprocket is taut and the trolley is pulled back too far to hook into the door (normally, it would do so when it moved down to the door, but it's not getting that far).

I'm pretty close to just calling a repair guy, but I figured to see if I'm missing anything obvious. This garage door was working before the cable snapped and I tried replacing it.

I have solved the issue. I unplugged the machine and moved the trolley to the end of the rail, as would be done during installation, and then let the door run. The trolley acted just as it ought to and my garage door is opening and closing, saving me a ton of money on a garage door mechanic. I am assuming, at this time, that the chain slipped up when the cable snapped, or that somehow the unit "reset" itself to thinking that the trolley was at the end.

Not the answer you're looking for? Browse other questions tagged garage-door-opener or ask your own question.

1
Why isn't my garage door opener button working on new installation?
6
How can I fix a garage door motor that runs but doesn't move the chain?
11
Inconsistent Garage Door Open Remotes
0
Garage door stops at a different place each time it closes
1
Garage door opener stops--even when I take the chain off the gear!
2
Garage door closes and then reopens - Already adjusted force sensor to max and tried adjusting cable tension
0
garage door opener not working
0
Programming Travel on LiftMaster Gone Wrong