Are there any disadvantages to switching from a punch-down distribution box to an RJ-45 one?

My house is wired for Ethernet, and it uses RJ45 jacks wired with Cat5 cables for POTS. I have no use for POTS, and I'd prefer to repurpose those jacks as additional Ethernet jacks. The Ethernet and telephone cables all end up in a central wiring closet, and the telephone cables are wired to a Channel Vision C-0438 distribution box: 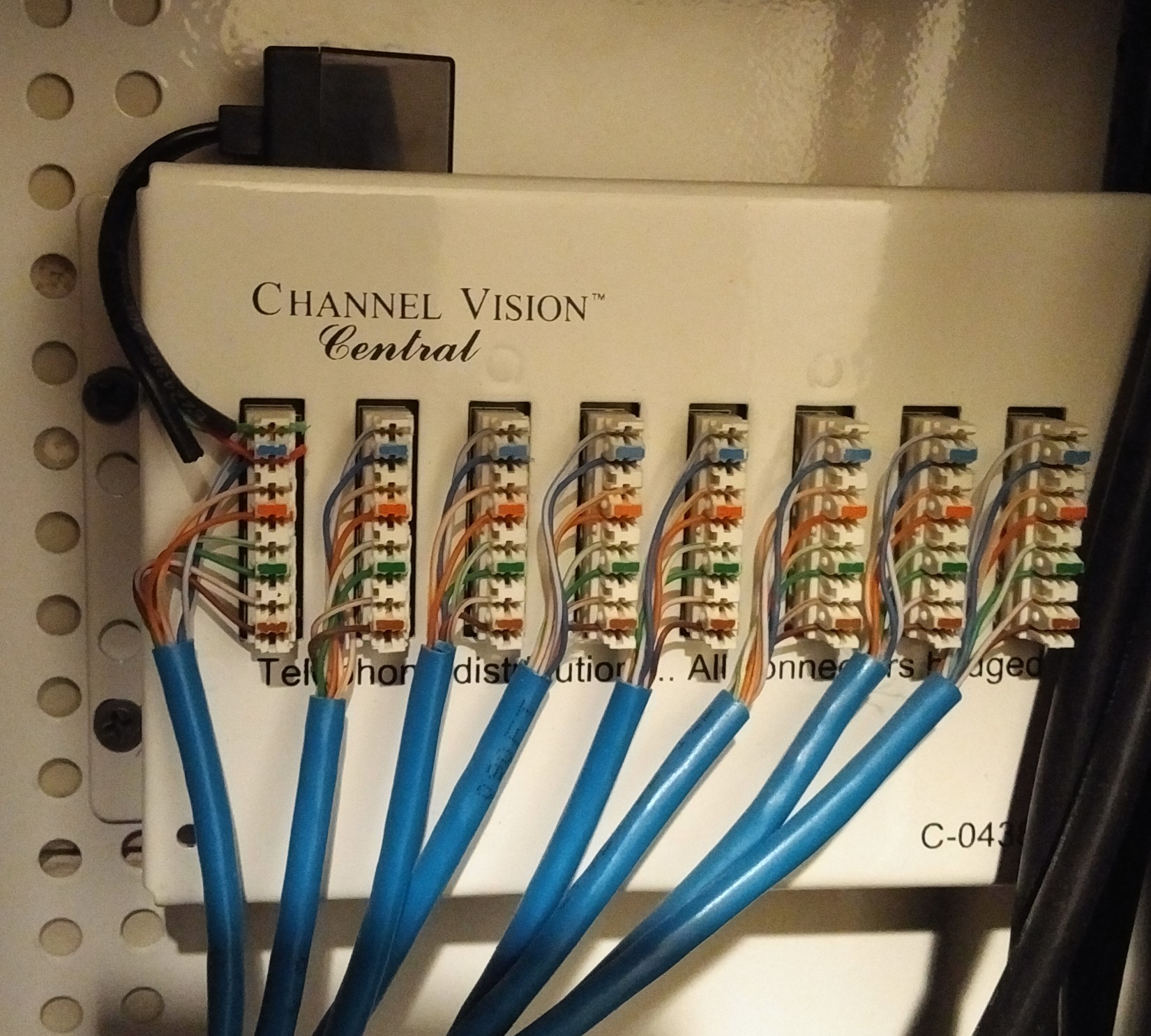 (As far as I can tell, each telephone jack in the house corresponds to a cable connected to the distribution box, so I don't think any of the cables are spliced.)

Yes, you can pull out your existing telco punchdown block and replace it with a suitable block for Ethernet networking.

So a typical structured cabling solution works for phones and data networking, although a residential solution may bridge tap all of the phone lines so all the extensions ring together, and that's completely incompatible with Ethernet networking. It's also easy to bridge tap multiple RJ45 ports together in the future if that becomes desirable.

First confirm that those cables in the wall are Cat5e. If they're only Cat5, then you'll only be able to reliably use Fast Ethernet (100Mb/s), not Gigabit Ethernet (1000Mb/s).

You'll fasten your new punchdown block to the back of your media cabinet, then punch your incoming cables down to the new block. There's an example below (picture), but you can literally just walk into a big box store and grab one for $20 or so. Then you'll run short Ethernet patch cables between this punchdown block and your switch or router. T-568B is also compatible with telephones, so this upgrade won't prevent you or the next owner from using those existing wall jacks for telephone extensions later if you want to. 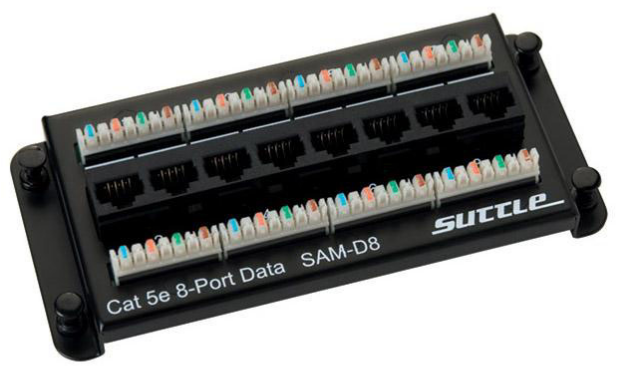 You'll want to confirm that your RJ45 wall jacks are wired up to the T-568B standard. 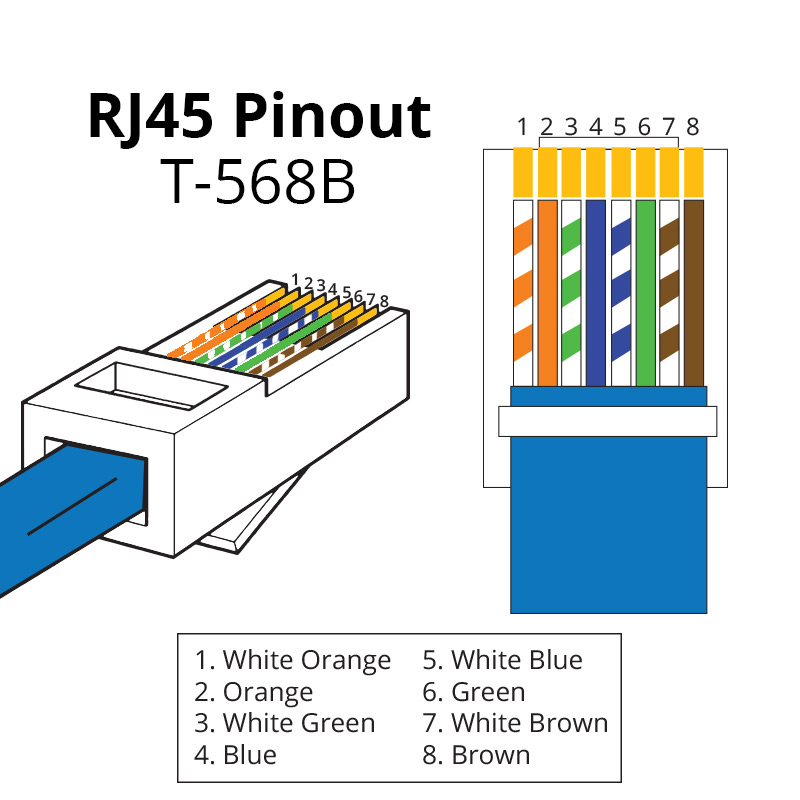 You'll fasten your switch(es) and/or router(s) to the back of your structured media enclosure as well, then you'll use short Ethernet patch cables to make connections from the switch/router ports to your wall jacks.

If you want to bridge some ports to turn on some telephone extensions in the future, you could easily do it with a little creative crimping of RJ-45 and/or RJ-11 plugs to connect all the right wires, which you would then plug into the RJ-45 jacks you want to connect phones to.

I guess I should clarify that you can plug RJ-11 (phone) plugs into RJ-45 jacks. 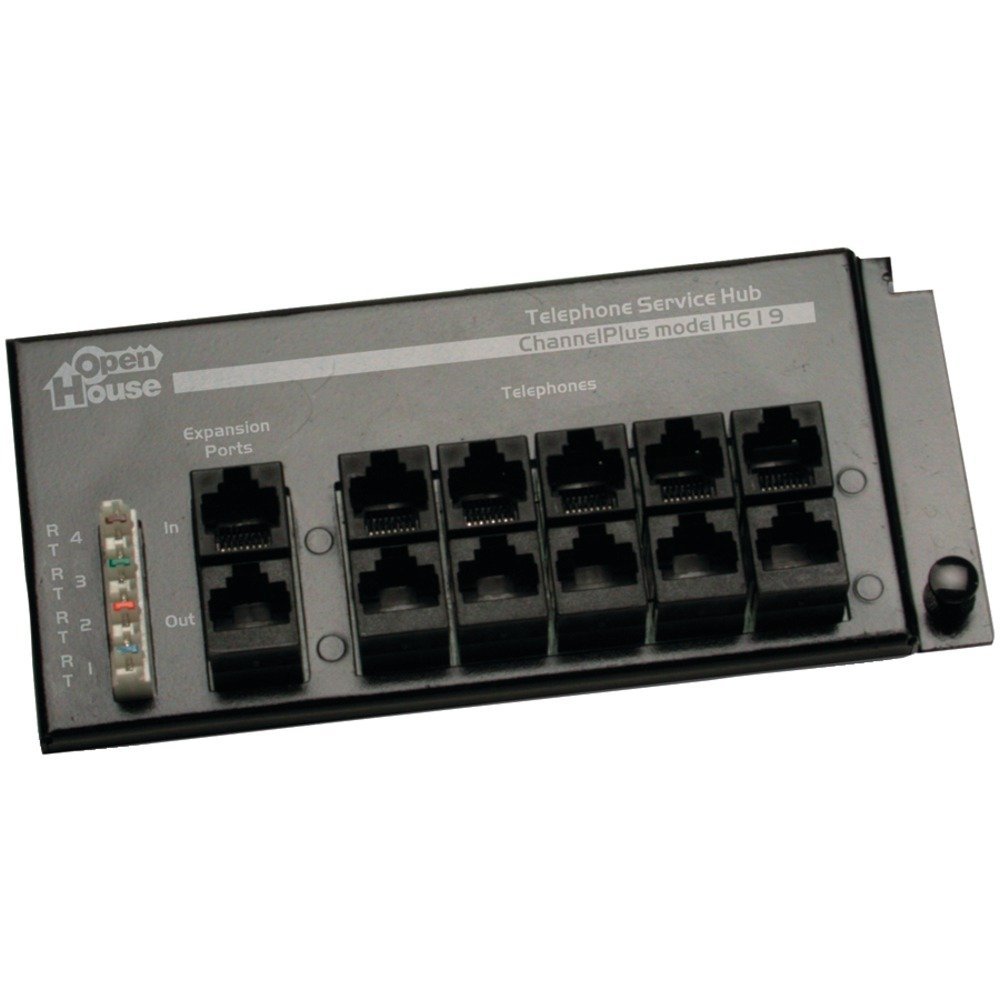 The distribution box you show is designed only for telephone signals. If you want to use the cabling for ethernet there are a few changes you need to make:

The Vision C-0436 item you link to looks basically the same as the one you have now: everything is all tied together. So it would not be usable for ethernet.

Whatever components you buy, make sure they are rated for whatever your cable type is. Probably CAT 5e (not the obsolete 5) from the looks of it, maybe CAT 6. Cabling, wall jacks, 8P8C connectors, and patch panels are all rated for a certain category.

4
How can I modify telephone Cat5 cables and jacks into Ethernet ports?

4
How can I modify telephone Cat5 cables and jacks into Ethernet ports?
3
Help connecting cat5e cables for home networking
2
How to set up home network w/ fiber from street & unterminated Cat5e in garage
1
Use existing cat6 wiring in apartment for data
3
Re-wire Cat5e RJ11 jacks to RJ45 ethernet
2
Wiring ethernet cable from AT&T fiber Modem to a specific room
1
How can I run voice over existing coaxial cable?
2
Can I repurpose this RJ45 setup for phone to run as Ethernet?
0
Using a telephone wall-mount jack for an Ethernet-connected (VOIP) phone
2
Home Ethernet "patch" panel - how to approach?