I tried to wire up a light bulb housing (just the part with the socket for the bulb) by connecting the neutral (white) wire to the silver screw and the hot (black) wire to the brass screw.

I should also mention that this is coming off of a 3-prong outlet. The outlet is broken out into green (ground), black (hot), and white (neutral). I need all three prongs for a fan which is adjacent to the light (the fan has a grounded chassis), and figured I could tie in a light bulb as well (light socket has only two ports).

It works, but when I went to touch the housing of the light bulb I got a shock. It was not too bad, but bad enough that I feel it is unsafe to use as it currently is.

Did I somehow mix up my neutral and hot wires when connecting to the lamp socket?

I just went and out measured with my voltmeter the hot and neutral wires with reference to the grounded chassis of the fan.

It doesn't look like I mixed up the wires. How can I be getting a shock from the light socket?

I just checked electrical continuity between the leads ... apparently there is a short internally between neutral + hot. So I will be replacing the socket.

So, I removed the socket and tested it alone. There is no short. I guess the continuity checker sees the parallel fan (turned off) and since an off fan looks like a short circuit, beeps. But there is no short through the light socket.

I also touched the light socket again in the same place as before; I got no shock. I have no idea what caused it initially or why it is gone now...

I have included a picture of the setup. Let me know if there is something wrong with it. 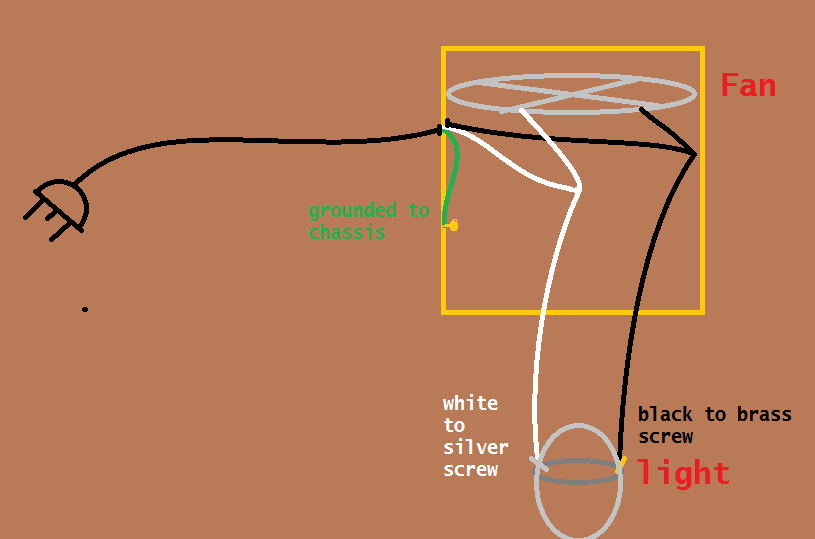 Here is a picture to a very similar socket as the one I am using (mine is from an old lamp). I have the socket suspended with zip ties from a grounded metal chassis. 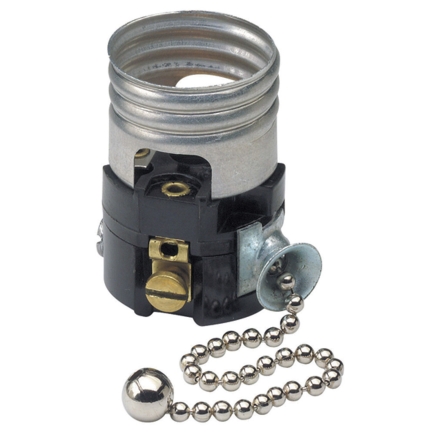 Go and get a lampholder/socket that is touch safe -- yours is old, and bad, and was never designed to be placed in a position where it could be poked when turned on. In fact, yours is bad enough that it leaves the screw contact (neutral) exposed instead of having any sort of shell around it. No wonder you're getting bit by it!

Not the answer you're looking for? Browse other questions tagged electrical lighting socket or ask your own question.

7
Getting shocked by a neutral wire
0
What is wrong with my recessed light wiring?
0
How do you hard wire a lamp socket to the ceiling?
0
Pretty big electric shock when touching my lamp
3
Is there any way to change this light bulb? (no socket I guess)
2
Changing garage light socket to outlet, found wiring problem
3
Why am I getting shocked when my breaker and switch is off?
0
3 black and white wires at light
3
Why is there continuity between hot and neutral in the unmodified part of my circuit?
2
Light bulb sockets in ceiling fan damaged due to corrosion or arcing: Can clean to repair or must replace?