I have part ownership of a house and acreage these days in rural southern Missouri. The house was built before the AHJ (county) adopted the NEC, so there are some quirks in the electrical system, one of them being the electrical panel (located in the master bath). Thankfully, the panel itself is a Square D QOC-16D Series L1 (and not some terrible piece of fire-protection-eliminating trash), but of course, it's underdocumented and stuffed to the gills with double-stuff breakers, including the two in the photo below in slots 11 and 15 in the panel that are of a style I have never seen before: 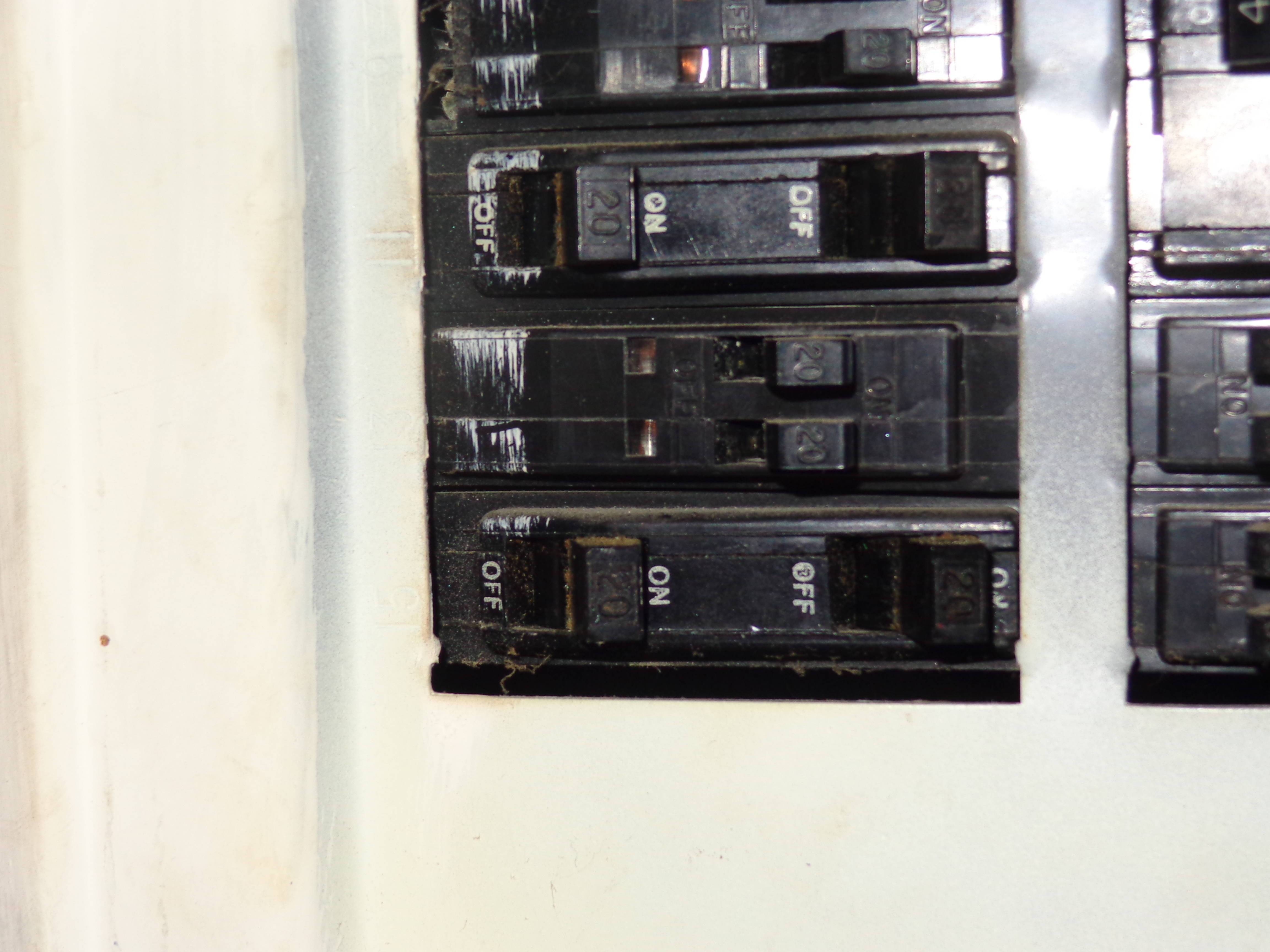 Did Square-D ever make a double-stuff QO with the handles in the configuration depicted, and if so, when? If not, who the heck made them? Are these oddly configured breakers obsolete in some way, compared to their more conventional double-stuff brethren (as exemplified by the QO2020 in slot 13 seen between them)?

I have both styles of these breakers. If you look on the left side you will see the square D logo embossed in the case. The ones I have came out of an older panel. They work fine but I needed to upgrade from the 15,20 to 20,20 like you have. So the answer is yes square D made these or this style.

IIR, these were the original Square D tandem style breakers. They changed from a "piggy-back" style to "side-by-side" in the mid 1980s. We have a ton of Square D around this area and I run into these all the time in older houses.

7
Why only a few volts between the legs of a 240 V 3-wire dryer outlet?
2
How are "R handles" different from the rest in a Square D QO panel?