What is this cable hanging against the outer wall?

We moved into our house within the past year. In the front of the house, underneath the staircase leading up to the front door, is a tied off cable that looks like this. Does anyone know what kind of cable it is or what purpose it might serve? 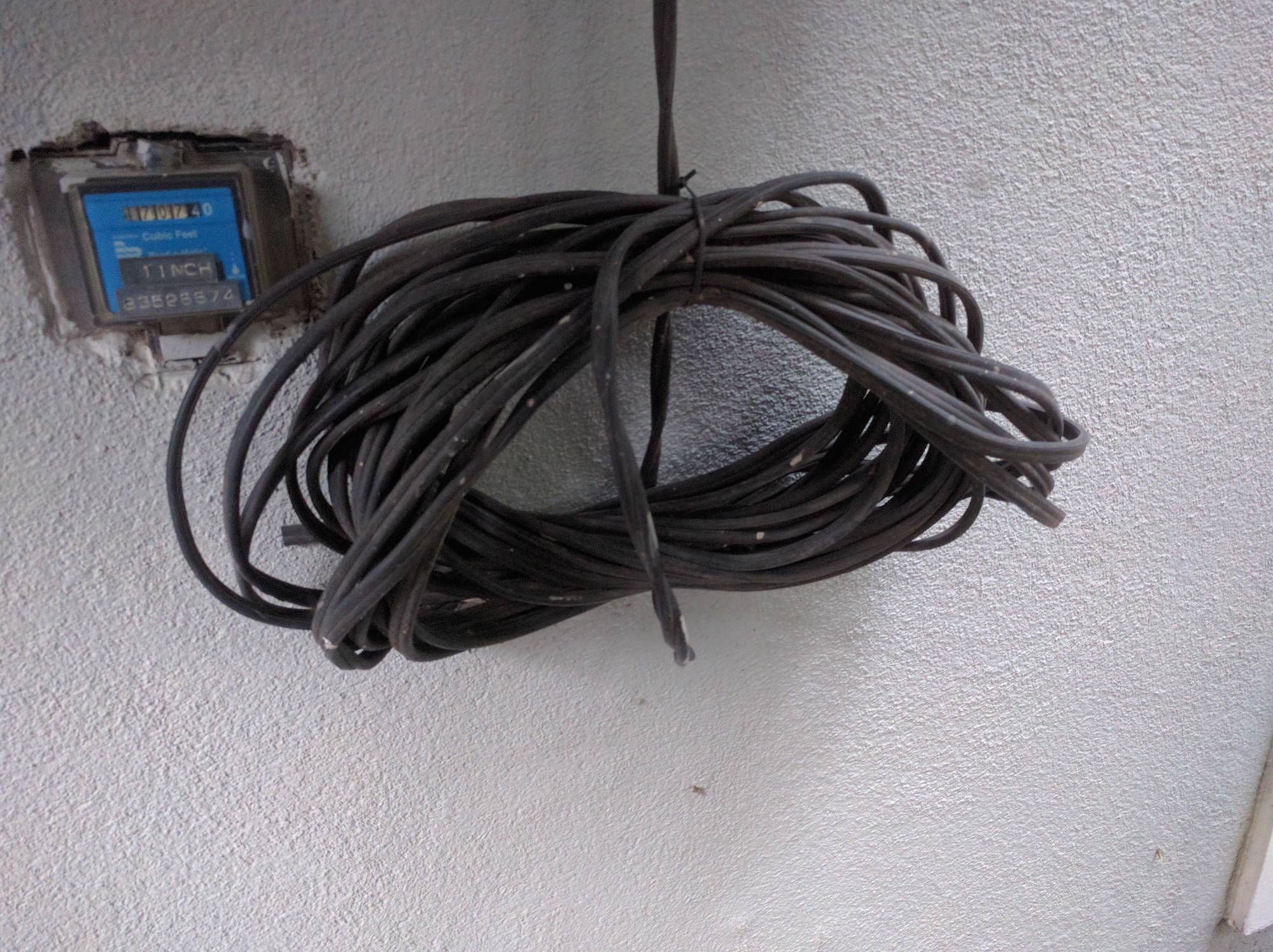 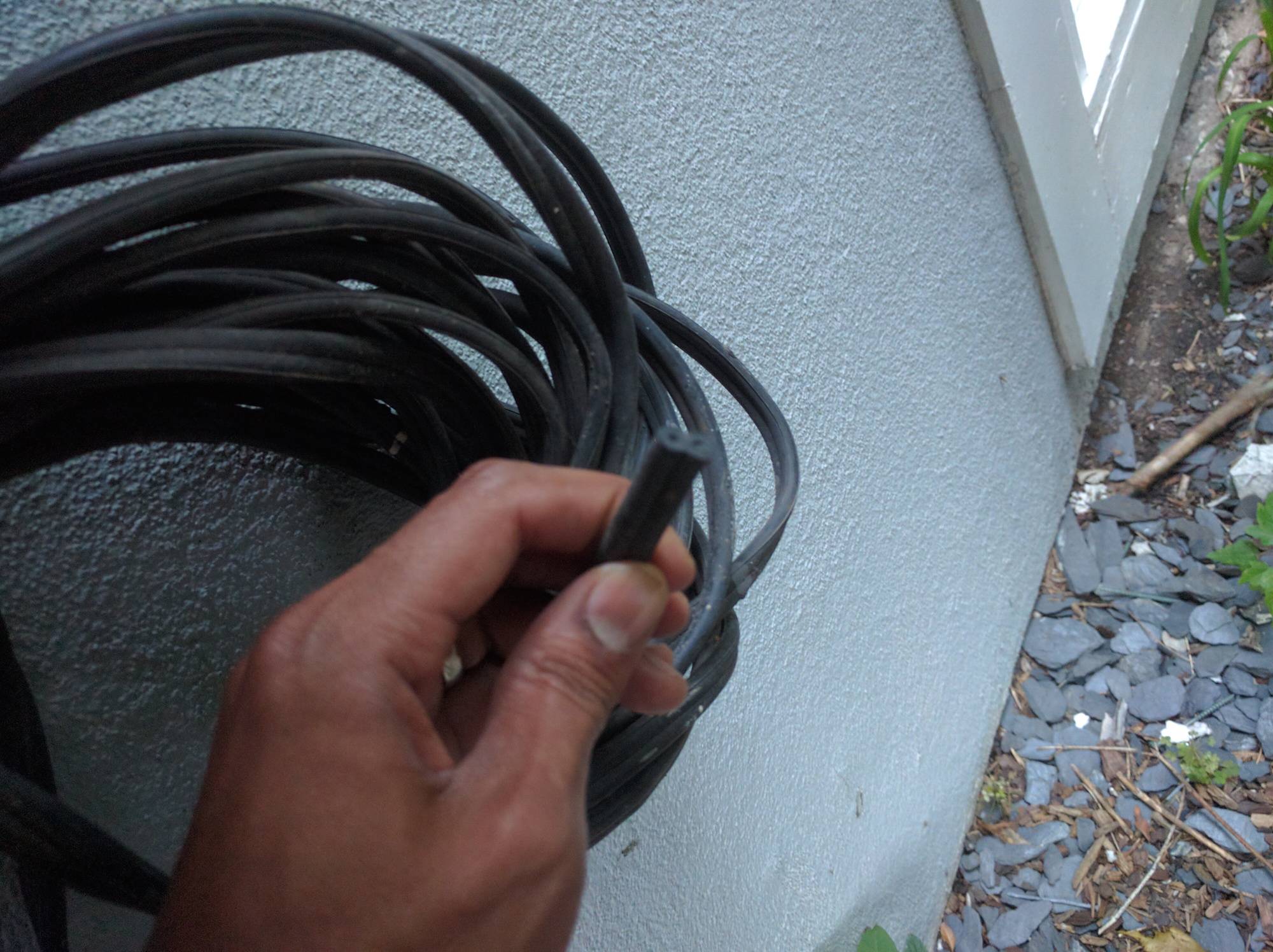 I attempted to point a non-contact voltage tester at the ends of the cable, but got nothing from it... but then again, it might be so shielded that nothing would happen. 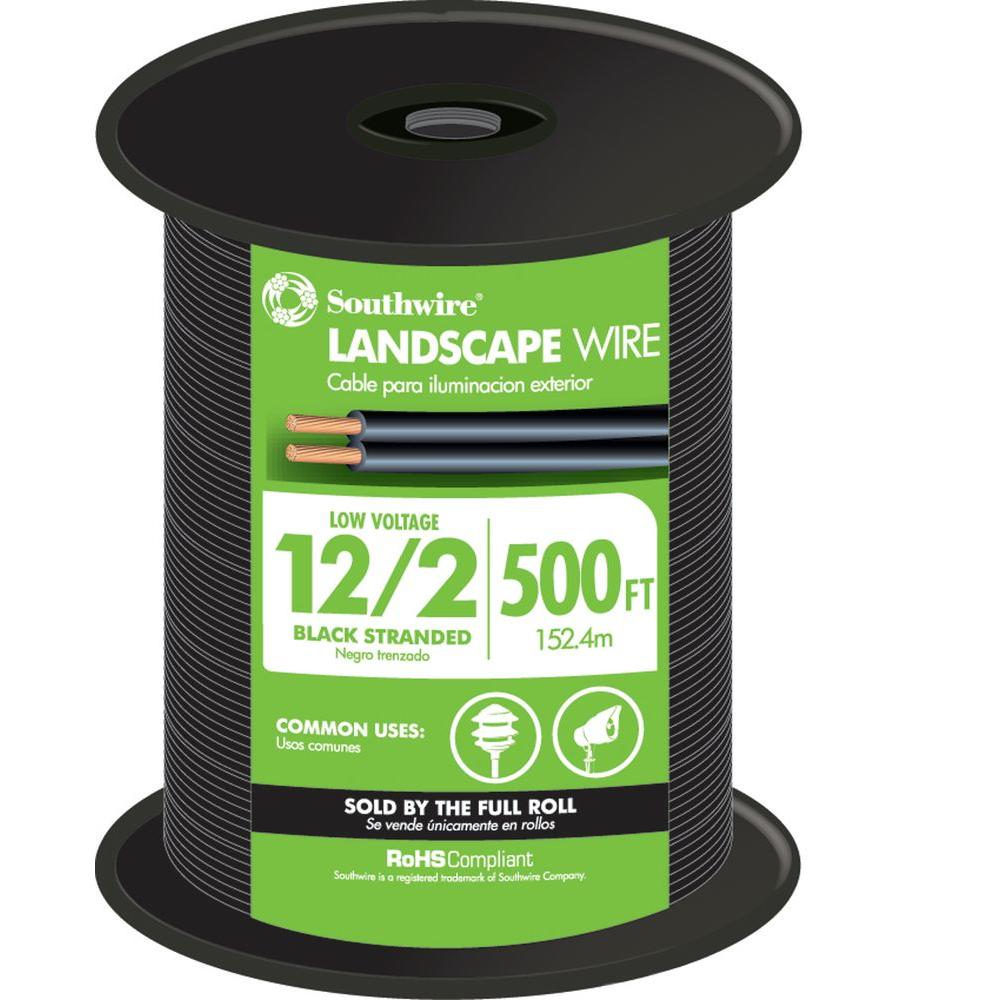 It's low voltage cable (150 volts), so there's likely a transformer and/or control box at the other end. Though the previous owners may have taken all the landscape lighting (leaving the rolled up cable), and possibly the control module as well. So you might just find where the control module used to be.

It looks like lampcord. It could have been an extension cord for some device, although an outlet end would usually be left rather than cutting it off to a plain wire.

I could have been used to power outdoor lights. These often use lampcord as their feed. They are usually directly wired rahter than plugged into an outlet type connector. If they were removed, the wire may have been cut rather than more carefully removed.

The risk here is that, if it powered lights, it may be controlled by a switch. If so, the line is dead now, but could be repowered by turning that switch on.

Speakers are also usually powered by lampcord. This could have been an outdoor speaker and the wire was cut rather than disconnecting it when it was removed.

Checking with a tester is a good move. If you got no reading when the tester was held at the cut end probably means it is not hot (at least not line voltage hot).

Your best bet is to try to trace it back to a source. Get a sense of where it enters the building and see if there is any indication of it on the inside of the house. Also look for switches whose use is unknown.

As @MisterTea already mentioned in a comment, old telephone "drop wire" (the outside wire from pole to house) is exactly what this looks like to me. Are you new-fangled enough that you don't have a landline telephone service to the house? Your house pre-dates that trend.

Not the answer you're looking for? Browse other questions tagged wiring outdoor or ask your own question.

2
How do I detect and repair faulty wiring?
1
Does a hose spigot with lower water pressure than my others indicate a leak?
0
Open electrical circuits?
0
Tracing individual conductors most effectively
1
Garage wiring puzzle
1
Hot/Neutral Wired Together?
15
3 position light switch beeps and flashes when down